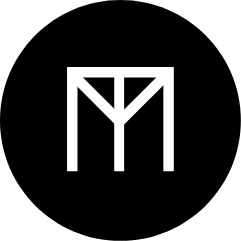 There are a few reasons why people continue to tune into the Super Bowl — the food, halftime, the game itself, and the iconic commercials. The reality is that even those who aren’t massive NFL fans, foodies, or music lovers, will still tune into the iconic game for the star-studded commercials that air between the touchdowns.

There are so many notable brands that make memories with stand out Super Bowl commercials, but we particularly love the car makes that use their iconic commercial spot to push the envelope and showcase their newest, innovative model.

The best part about the Super Bowl’s car commercials is that you never know what to expect — what celebrity will make an appearance, what brand will push the envelope, and which ones will pack a punch with an emotional narrative?

This year’s Super Bowl was no different thanks to these car commercials that will probably convince watchers to buy that new car they’ve been eyeing.

The concept of our favourite celebrities busting out a Bostonian accent sounds kind of ridiculous but is hilarious in practice. This year’s Hyundai commercial stars comedian Rachel Dratch speaking in a Bostonian accent alongside the likes of Chris Evans, John Krasinski and, in the teaser of the commercial, baseball player David Ortiz.

You need to watch to really get the full effect of the “Smaht Pahk” feature — one of the stand out features of the new Hyundai model promoted by the commercial. Fortunately, quality mats from TuxMat can keep any Hyundai model luxurious and maintain its cleanliness.

Maisie Williams Decides to (Let it) Go with Audi

Turns out, the cold never bothered Arya Stark anyways. There is a lot to love about this year’s Audi commercial that stars Game of Thrones’ Maisie WIlliams belting out the iconic Frozen tune “Let it Go” while putting pedal to the metal in the brand’s newest model — the sustainable all-new Audi e-tron Sportback.

Bill Murray Does it All Over Again with Jeep

The new Jeep commercial places Bill Murray right back in his iconic 1993 film Groundhog Day. This is quite fitting considering we’re happy to watch this commercial again and again (and again). The celebrity factor paired with comedy and nostalgia makes this one of the best car commercials of this year’s Super Bowl.

This year, General Motors (GM) tapped basketball legend Lebron James to star in their Super Bowl commercial advertising their all-electric Hummer that’s slated to go on the market in early 2022.

Porsche Returns Returns for a Heist After a 23 Year Hiatus

This year’s commercial from Porsche stands out because it's the carmaker’s first ad in 23 years. In this commercial spot we see a crew of schemers pull off a heist thanks to the speed and sheer power of [orsche’s new electric car, the Taycan.

Porsche first revealed the car back in December of 2019, but now we get to see it on our screen in full effect. The well produced Italian Job-esque commercial even received an extended cut edition online for some added thrills!

Why I Run for Kia

Kia’s commercial promoting the new Seltos Small SUV pulls on our heart strings at it showcases Josh Jacobs, running back for the Las Vegas Raiders, speaking up for homelessness and giving advice to his younger self to keep running.

The “never give up” message behind this commercial is thoughtful, inspiring and executed perfectly by a familiar face telling a familiar story. The reality is that Jacobs himself experienced homelessness, making the commercial that much more impactful when we see him walk out onto the field at the very end of the spot.

Genesis pulled out all the stops for its first Super Bowl commercial by nabbing power couple Chrissy Teigan and John Legend. In the luxury car brand’s commercial, Chrissy gets up to some antics, calls out some stuffy folk, and is her natural quirky, hilarious self before announcing the arrival of “young luxury.” Spoiler, it’s John Legend in a Genesis GV80 crossover SUV.